The second book of the series It Really IS Rocket Science is available at both my webstore and at Amazon. 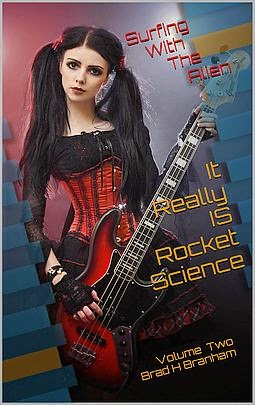 The struggling rock band “The Lost Girls” and a rocker-in-exile join forces to form a new band called “It Really IS Rocket Science”. Join Blar, Tsika, Glycerin, Kpau, and a gang of other misfits as they strive to make it to the top and figure each other out along the way. Adventure, comedy, drama, romance – kind of the way life really happens. Portland, Oregon may be home but the life of a band is on the road as they rumble across the Pacific Northwest and maybe the world.

In this second volume of the series, the Rocket Science people go on retreat to write original music for the band. Do they know enough about each other to be isolated in California's Big Sur for a month? Blar is smitten with Tsika but the dynamics of their relationship with that of Glycerin and Kpau are complicated. What IS going on with Glycerin, the enigmatic shy guitarist? Are there creative ways to get by in life for misfits who care about each other? Follow the band as they work the gigs, the festivals, head to the ski slopes, and get lost in rural twilight zones. It’s a long way to the top if you want to rock and roll.

* * *
If you like the cover model, check out her other activities at Mamiko's Page.

* * *
Grab the first book (IRIRS, "A Rock'n'Roll Fantasy") at the same locations in both paperback and e-book formats (Kindle, Nook, Kobo). 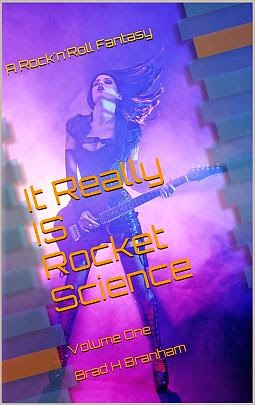