A struggling rock band called “The Lost Girls” and a rocker-in-exile with connections join forces to form a new band called “It Really IS Rocket Science”. Join Blar, Tsika, Glycerin, Kpau, and the other misfits as they try to make it to the top while figuring each other out along the way. Adventure, comedy, drama, romance – kind of the way life happens. Set in Portland, Oregon with road trips and tours up and down the West Coast, to Japan and beyond.

Volume One – “A Rock’N’Roll Fantasy” (published, as paperback & e-books)

Rocker-in-self-exile Blar Umlaut spots an enchanting goth princess in a snowstorm. The chain of events that follow lead to a revival of his career, a new band, romance, adventure, and dark hilarity with the trio of women he befriends. “The Lost Girls” need a bootstrap to break into the music business. Blar isn’t certain whether he’s helping because he’s smitten or because it would be a crime to let their outstanding talent go unnoticed. Being merely human, it’s a lot of both. It Really IS Rocket Science … after all.
* * * * * *

Volume Two – “Surfing With The Alien” (published, as paperback & ebook) 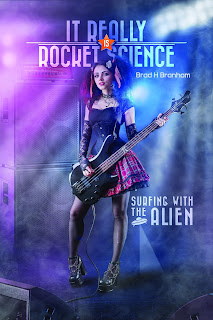 The struggling rock band “The Lost Girls” and a rocker-in-exile join forces to form a new band called “It Really IS Rocket Science”. Join Blar, Tsika, Glycerin, Kpau, and a gang of other misfits as they strive to make it to the top and figure each other out along the way. Portland, Oregon may be home but the life of a band is on the road as they rumble across the Pacific Northwest and maybe the world.
The Rocket Science people go on retreat to write original music for the band. Do they know enough about each other to be isolated in California’s Big Sur for a month? Blar is smitten with Tsika but the dynamics of their relationship with that of Glycerin and Kpau are complicated. What IS going on with Glycerin, the enigmatic shy guitarist? Are there creative ways to get by in life for misfits who care about each other? Follow the band as they work the gigs, the festivals, head to the ski slopes, and get lost in rural twilight zones. It’s a long way to the top if you want to rock and roll.
* * * * * *

The band is off to Japan in the hot summer for a performance tour that culminates in the Fuji Rock Festival. One of the band members has a life crisis as the rest scramble to keep their friend afloat. There are new members of the band learning to fit in. Things seem to be heading to the big lights and crashing into oblivion all at the same time. Stressed? Crazy behavior is the perfect response. The romance just keeps getting more and more complicated, never mind the goofy antics. Japan may never let them in again!
* * * * * * 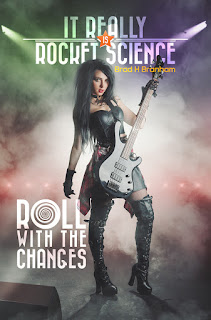 And Barnes&Noble - paperback and Nook
http://www.barnesandnoble.com/c/brad-h.-branham